Maiwandi: More than 680000 trees have been planted on the national tree planting day, we are trying to reach the set goal 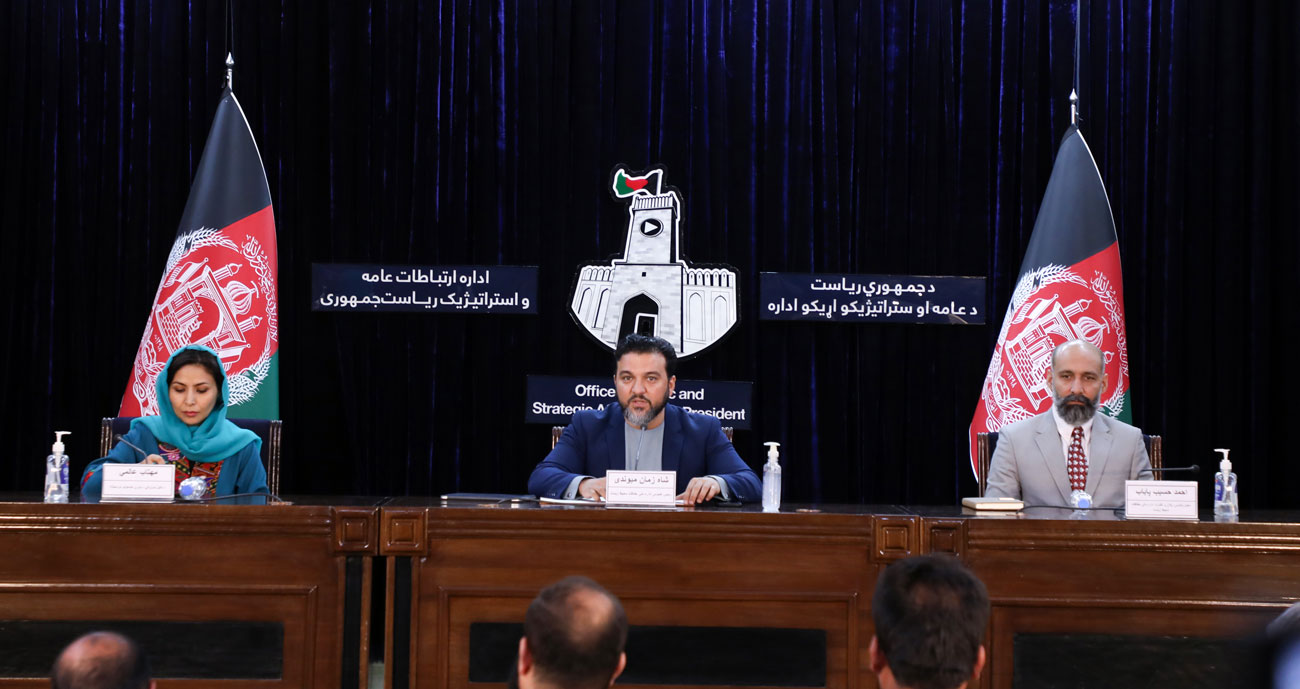 Schah zaman Maiwandi, Director General of National Environmental Protection Agency and head of ‎National Tree Planting Campaign in a press conference, in the presence of Dr. Mahtab Alemi deputy of ‎Kabul Municipality, Hassib Payab Deputy of Policy, Plan and Monitoring, Mohammad Yousof Hamidian ‎Deputy in Finance and Administration of the agency, deputies, and heads of related departments, ‎briefed to the reporters at the center of information and media of the government.
According to Mr. Maiwandi, there was a lack of precise statistics on the planted trees in previous years, as well as a lack of cooperation between relevant departments and an unnamed responsible entity for protecting the planted trees. As a result, in order to resolve these concerns, the president directed and assigned responsibility for strengthening tree planting process coordination to the Environmental Protection Agency.
Director-General of the National Environmental Protection Agency mentioned, "Last year, we planted 17 million trees across the country with good cooperation among the relevant agencies, and the agency has accurate numbers on the planted trees."
The National Tree Planting Committee, according to Mr. Maiwandi,has set a goal of planting 25 million trees across the country, which will be done in close collaboration between government agencies, the private sector, and the general public
Mr. Maiwandi continued, "On National Tree Planting Day alone, we had 470 programs, with over 680 thousand trees planted and over 42 thousand people attending the tree planting campaign."
According to him, 2.8 million trees have been planted throughout the country to date, and the tree-planting campaign in Kabul and the provinces is still ongoing.
Mr. Maiwandi while thanking the participation of the general public especially respected scholars, the private ‎sector, media, women, and other parts of the society, stated: the key reason for the countries which ‎have done big activities for the environment and greenery has been involvement and coordination of the ‎people in the process.
He urged the country's people to band together and work towards a sustainable and healthy environment by expanding ‎green space, launching a green revolution, and passing it down to the next generation‏. ‏
Dr. Mahtab Alemi, Kabul Mayor's Deputy, also spoke about the municipality's tree-planting activities and projects, stating that the Kabul Municipality has planted 146 thousand trees in various parts of Kabul with the support of relevant agencies, international organizations, and the private sector.
She further said that the land that has been freed from usurpation would be turned into green spaces and parks.
This year, 25 million trees will be planted throughout the country with the support of relevant agencies.